The Colonial Pipeline Explosion: Another Aspect of Security of Supply

The question of reliability of infrastructure remains at the center of security of supply. Critical infrastructure is essential for the functioning of a society and economy, in includes power plants, oil refineries and pipelines. Measures are undertaken in order to protect this infrastructure. This is called ‘infrastructure security’, and the activities seek to limit vulnerability of these structures and systems. It is the companies who usually carry the burden: they are expected to ensure infrastructure reliability; this becomes especially important when the lines have been used for a long time. In this blog, I would like to discuss one example of a large piece of infrastructure – the Colonial Pipeline in the US – affecting security of oil supply of millions of people as a result of insufficient maintenance.

Colonial Pipeline is a major gasoline and diesel corridor that moves fuel from Texas to New-York. The pipeline serves more than 50 million people. North Carolina alone gets 70% of its gasoline through this system as it carries 1.3 million barrels of refined gasoline per day from Houston refineries to distribution centres on the East Coast. It is a key part of the country’s gasoline distribution system. It’s described as the largest gasoline pipeline in the United-States, and is estimated to carry 40 to 50 percent of all the gasoline used on the East Coast.

On October 31, 2016, there was a major explosion on the pipeline; the next day, a state of emergency was announced by the Governor of Alabama, Robert Bentley. The pipeline explosion occurred when subcontractors working for the L.E. Bell Construction Company were performing maintenance related to a previous pipeline explosion in September. In September, there was a leak of 1.2 million liters of gasoline not far from the location of the recent explosion. Gasoline prices jumped immediately in many American states. One person was killed and five others were severely injured and transported to the hospital for treatment.

Officials with Colonial Pipeline announced they will reopen the pipeline after repairs. Operations to clear residue from the pipeline began several days after the explosion. Once the removal is complete, the damaged line segment will be replaced. The new segment will be tested upon installation.

America has over 2 million miles of oil and gas pipelines. Most of them are fifty years old. Over 2 thousand miles of pipelines are in operation for more than a century. Accidents are thus a real danger as these pipelines have been subjected to the weather and the pressure for a very long time. When accidents happen to newer lines, it is most often the systems put in place before modern safety standards were introduced. This suggests that energy security is not only about the geopolitics of oil and the international dimension, but also about the reliability of domestic infrastructure. The case of the US proves that there is huge space for improvement. 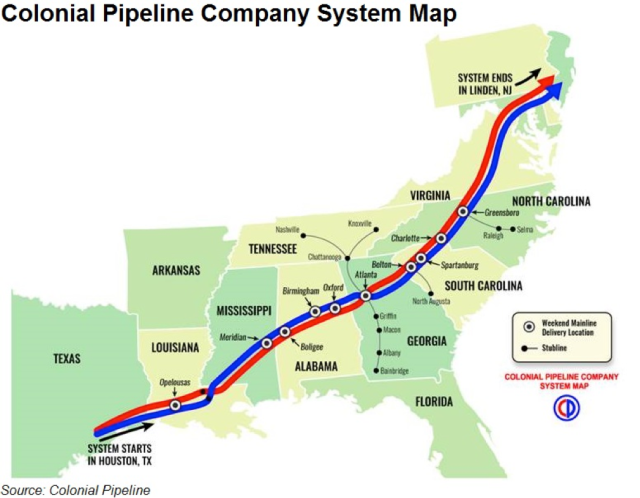