This week’s review looks mostly at developments of natural gas markets globally and electricity markets in Europe as a by-product with news from Israel, France, Qatar, Ukraine and Even Australia. Also the newest acquisitions of Exxon may be somewhat interesting. Let’s take a look. 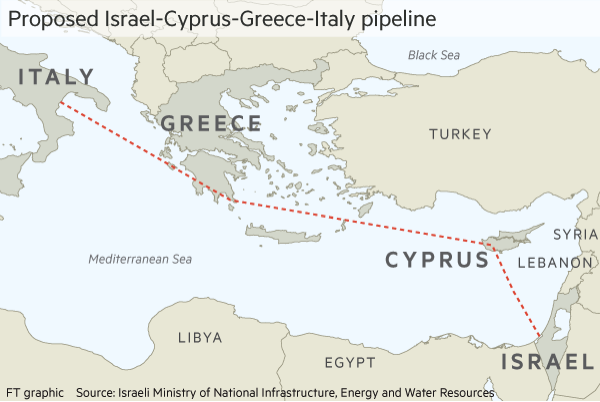 The European Union has found an additional potential supplier for natural gas in its quest towards diversifications of supplies. The good news came from a joint news conference in Israel where energy ministers from Italy, Israel, Greece, Cyprus and the EU[1] commission announced that the four nations and the EU are committed to implement a project to build the world’s longest undersea gas pipeline. If carried out as planned, the long-discussed $6.2 billion pipeline will take gas from Israel and Cyprus’ recently discovered offshore gas reserves to Europe, potentially reducing European dependence on Russian energy and depleting North Sea reserves. The full plan for the development of the project will be completed by the end of the year and the construction would likely to start in several years. Energy Minister Yuval Steinitz says the project is feasible for 2025[2]. The project is well accepted and supported from all the members of the European Union, but there are several challenges. First of all, the depth of the pipeline will be unprecedented (3 kilometres) and the high infrastructure cost would mean that producing gas at a price to rival the Russian gas price would be very difficult. For Italy this pipeline is a top priority for the country, and for Greece, Israel is the most reliable import option. Nevertheless, the four ministers agreed to meet every six months over the coming years to move towards the project.

At the same time, Qatar lifted the 12-year ban on expansion of its gas production on the North Field[3] and Chevron finished commissioning the colossal Australian Gorgon LNG plant[4] and Gazprom is considering moving operations from London after Brexit[5]. Another important step from where hardly anyone expected: Russia’s Sovcomflot announces[6] a deal with Shell to supply its new Aframax-class crude oil tankers with LNG, first of its kind.

Global natural gas markets are about to become as intriguing as never before.

DTEK Trading is a Ukrainian company operating in the field of electricity distribution. On the 1st of April, it signed a contract with the Moldavian state owned company Energicom to supply electricity to the Moldavian energy distributor. The contract was signed after bidding took place. Such bidding comprised only of DTEK Trading and the Russian Kuchurgan Power Station, which belongs to the Russian state company Inter RAO, and is in Transnistria, the secessionist region of Moldova. The Moldavan Ministry of Economy publically released the bidding of the two companies, showing that the Ukrainian winning bid was $50.20 per MWh, while the Russian offer was of $54.40 MWh. (megawatt/hour)/ Several issues make the story more interesting than it seems: arrest of the deputy minister of economy in charge of energy portfolio on the day of the final bidding, DTEK Trading submitting its bid through the state-owned Moldavian intermediary and major questions whether or not Ukraine will have spare capacity after its current loss of control over the coal reserves in the eastern part of the country. 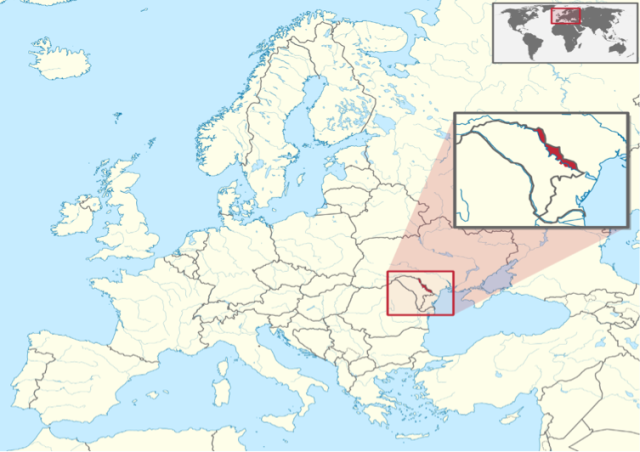 Figure 2. Moldavia shown on the map of Europe

France will close an old power plant by 2020, when a new one will become operational[8]. President Holland promised during his 2012 campaign to close the Fessenheim nuclear power plant, one of the oldest in France, and to move the country away from its nuclear overdependence. The first part of the electoral promise is set to be kept. By 2020 this plant will be closed. However, a new power plant, the Flamanville 3, will join the grids once Fessenheim will be switched off due to a legal ceiling of maximum percentage of nuclear in France’s electricity generation, which comes after the approval of the 2014 ‘Energy transition for Green Growth’ bill, which set the target of reducing to 50% nuclear contribution for electricity generation in France by 2025. As of today, France derives about 75%  of its electricity from nuclear.

Meanwhile the EU set “the beginning of the end for coal”.[9] National energy companies from every EU nation – except Poland and Greece – have signed up to initiative in bid to meet Paris pledges and limit effects of climate change, which will overhaul the bloc’s energy-generation future. The Union of the Electricity Industry – Eurelectric – which represents the common interests of 3,500 utilities with a combined value of over 200 billion euro, reaffirmed a pledge to deliver on the Paris climate agreement and vowed a moratorium on new investments in coal plants after 2020. The only obstacle – Poland’s strong opposition.
nuclear.

← Week In Review – April 10 – 16
Blog Post – Eni’s offshore barrels are keeping up against onshore oil: how are they doing that? →