Blog Post – Eni’s offshore barrels are keeping up against onshore oil: how are they doing that?

Eni, the Italian energy company, was created in 1953. The founding head of the company was Enrico Mattei – he was told to decommission and dismantle WWII’s reserves and instead created an oil and gas giant. The Italian company (in fact, the most ‘Italian’ company in the energy sector), although hailing from a hydrocarbon poor country, became able to compete with the other big international oil and gas players. It is with this same streak of determination at defeating adverse odds, that today Eni is one of the leading companies in offshore oil and gas exploration and production. Indeed, it is a surprising fact that Eni is constantly increasing its investments in offshore oil and gas fields. Particularly in the current times of low oil prices and ‘OPEC-Frackers’ wars, it seems strange that offshore oil, with its higher costs, could still be a feasible investment. However, if we look at Eni’s recent developments around the world we can see how the company has perfected a method to make offshore oil competitive, even today.

The company has developed an offshore portfolio that spreads across the world, from the North Sea, to the south-east Mediterranean, off the coast of Mozambique, and these are only a few examples[i]. The most recent offshore oil discovery is in the south-east Mexican area of the Bay of Campeche[ii], and it is a perfect example of the company strategy. In 2013 Eni bought this exploration and extraction block after Mexico opened its oil sector to private investors. The presence of oil in this peculiar sector was known, as the Mexican oil company Pemex had already found traces in different parts of the block. Eni used its exploration skills to tackle a previously unexplored part of the block. They struck oil in a field that is 6-7 km off shore and 20-30 km from Pemex infrastructures, meaning that the extraction of this oil is tactically located for being quickly marketed. The estimated reserves in the whole block are of about 107 million barrels of light oil and 69 billion cubic feet of gas. We can point out at least three main pillars that underpin this successful story.

Firstly, Eni’s method embraces what we could call the ‘go big’ principle. In fact, ENI’s off shore investments are all big in size, sometimes even enormous.

Secondly, one of the reasons behind this predilection for bigger fields could be explained by looking at the Eni’s investment strategy: the ‘Dual Exploration Model’. This method entails looking for big oil and gas fields, which possess a higher chance to be divided and leased to other players. By leasing part of their discoveries to other oil companies, Eni can benefit from a positive cash flow related to the new discoveries well before any oil and gas is effectively extracted and sold. This is how ENI manged to keep offshore bankable also during the 2014 oil downturn up to today. Of course, this technique alone would not suffice and a huge part of merit in the success of this strategy is represented by the ability of the company to reduce its cost base quickly to adapt to a low commodity price scenario. In the words of Eni’s CFO, Claudio Descalzi: ‘Overall, all the actions we have implemented have allowed us to reach the most important result of all: the reduction of cash neutrality to $46/bbl, a level below our target of $50/bbl, much lower than the $127/bbl rate registered in 2013, and one of the best results in our sector.’ Indeed, Eni’s ability to increase its successes in exploration, and to partially convert them in hard cash, way before even selling any hydrocarbon, allowed the company to increase its reserves’ base. Eni’s reserves between 2008 and 2016 have grown to 13 billion boe, or 2.5 times the company production. This datum is significant if we consider that ENI’s competitors only average a ratio of 0.3% between production and reserves

Thirdly, an often-overlooked factor in this success story is that Eni is effectively ‘going geeky’. That’s to say it is using the newest computer science to stay ahead of the competition. On April 3, Eni fired up its new High Performance Computing (HPC3) in the Green Data Center in Ferrera Erbognone Near Pavia. HPC3 allows Eni to fully support all the activities in the Exploration and Production sector. With computing capacity exceeding three Petaflops the computers will help the company process its seismic data and create 3D simulations of oil and gas reserves. In this regard, Eni’s CEO Claudio Descalzi said: «The start-up of the new HPC3 supercomputer and the next comer HPC4 will enable Eni to deploy the most advanced and sophisticated proprietary codes developed by our research for the E&P activities. These technologies will provide Eni with unprecedented accuracy and resolution in seismic imaging, geological modelling and reservoir dynamic simulation, allowing us to further accelerate overall cycle times in the upstream process and to sustain the E&P performances»[iv].

In conclusion, the synergy achieved by the three pillars combines finance, technology and investment strategy to make offshore oil competitive, even today. 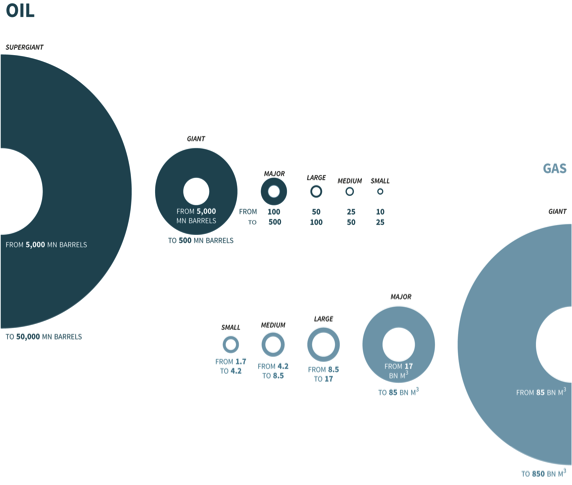 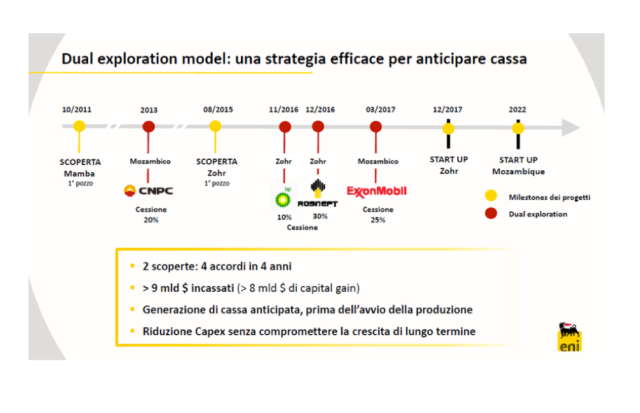